Italy is one of the most developed countries in Europe and has the most opportunities in terms of education. Today, it is one of the countries that host the most students from abroad. In our country, studying at university in Italy has become very popular. There are many important reasons for this.

Italy with more than 90 higher education institutions, the majority of which are public universities; It is a country where you can get quality education in fields such as medicine, engineering, political science, history, architecture, dentistry, economy, psychology, sociology, fashion and design. In addition, the majority of universities provide education in English as well as Italian. All these reasons are very attractive options for those who want to study in Italy.

Reasons to Study in Italy

Italian universities provide education with more affordable tuition fees compared to other European countries. In this way, you will not be affected by the increased fees due to the exchange rate difference and you can receive training at affordable costs.

In addition, you do not need to know Italian to study in Italy. You can choose any of the universities that offer English education, the number of which is increasing every year.

Even if you study English, there is no reason why you should not learn Italian. By living in the country for a long time, you can learn Italian and invest more in yourself for the future. In addition to meeting new people and learning a new culture, Italian will also benefit you in the business world as a plus that you can add to your CV.

Italy is a country with an impressive history and many natural beauties. It is particularly rich in history. Historical buildings that have defied years still stand tall and fascinate people. While you are studying at university in Italy, you also have the chance to visit and see these places.

Studying at a university in Italy also allows you to see different places. Students have the right to free movement in Europe. In addition, transportation between countries in Europe is also very easy. Although a plane ticket bought on time is cheap, you will have plenty of time to visit thanks to suitable train tickets.

Advantages of Studying at University in Italy

In addition, Italian universities come to the fore in many university rankings. There are 11 universities from Italy in the ranking of the world's top 500 universities. With a total of 36 universities in this ranking, which is called the QS World University Rankings, Italy offers a great opportunity for students who want to study here.

About the Education System

In addition to all these, studying at a university in Italy is an easy process. Undergraduate education in the country is 3 years. At the end of 3 years, students can graduate with a bachelor's degree. There are also 2-year master's and 3-year doctoral opportunities.

An academic year consists of spring and fall terms. Between these periods, students may have the opportunity to return to their hometowns.

Master's programs in Italy last two years as in our country. With practice-oriented courses, students are enabled to apply the knowledge they learned in undergraduate education and to specialize in their fields. Universities in Italy are among the best universities in Europe and the business world closely follows the developments there.

The majority of international students studying in Italy are students from America, China, Iran, Poland, Turkey and Azerbaijan.

Italian universities have been in great demand from all over the world in recent years and include many foreign students. One of the biggest reasons for this is that Italy is a very interesting country. The geopolitical location, climate, historical and touristic places of the country cause a great deal of immigration from abroad.

The vast majority of immigrants take place in Italy for the purpose of studying at university. Many people from abroad travel to Italy to study at the oldest and most prestigious universities in Europe and the world. One of the reasons for preference is that the undergraduate education in the country is 3 years. In addition, Italian universities offer education with more affordable tuition fees than universities in other European countries. All these make Italy an attractive country in terms of education.

In addition, it is not necessary to know Italian to study in the country. Many Italian universities that teach in English host hundreds of students coming from abroad every year. Every year, hundreds of students from Turkey immigrate to Italy to receive education in these quality schools. The five largest of these prestigious universities in Italy can be listed as follows:

Housing and Living Costs in Italy

Student residences in Italy are usually managed by the international office at your university. These accommodation offices provide information on renting apartments, which are often cheaper than the cost of finding housing in the private market in Italy. Contact your institution to confirm the accommodation guarantees they offer for international students as they may be more accessible than dealing with the private rental market. Typically, housing guarantees are only for students from outside the EU.

In the private market, it is common for students to rent a room rather than an apartment and share it with other students. Student housing in Italy is more expensive in larger cities and can range from €300-600 per month depending on size and location, depending on how far you are from the city center and campus.

Accommodation information can also be found with real estate agents for a fee. Students who want to make their own accommodation arrangements without the help of a realtor can use the online portals. The minimum rental period for most accommodation in Italy is one year, but student accommodation in furnished rooms is usually available for shorter periods. 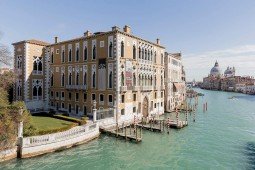 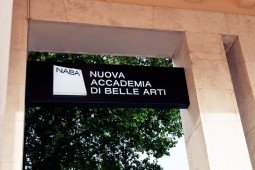 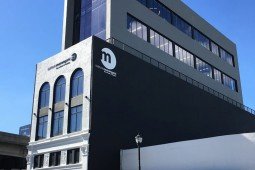