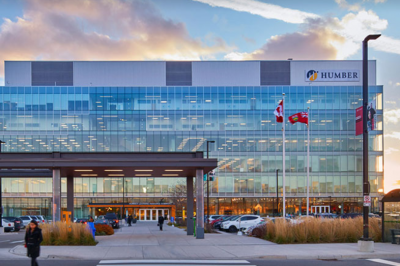 Providing service with a complete of three campuses within the cities of Toronto and Orangeville within the province of Ontario in eastern Canada, Humber College is one in every of the 7 colleges named Technology and Advanced Learning Institute by the Ontario government. 83% of the scholars who graduated to this point are employed within the first 6 months after graduation.

The steps to be followed within the registration process are as follows:

Toronto is that the capital of the province of Ontario and therefore the largest city in Canada. This city, which is that the commercial center of all Canada, was chosen by Metropolis Magazine because it is the most livable city of Canada, which is that the most livable country within the world. With its shopping malls, wide public transportation network, historical buildings among skyscrapers, forested areas and narrow valleys, and a criminal offense rate near zero despite its population approaching 6 million, Toronto could be a very vibrant city with ideal living opportunities.

Temperatures within the city, which has mild climate conditions compared to Canada generally, vary between -10C in winter and 30C in summer. Due to the pedestrian crossings and also the metro network that connects the buildings to several points within the heart, transportation isn't any longer a controversy even on difficult winter days.

In a modern city like Toronto, rent prices are going to be high, especially within the central area, but you'll reduce your accommodation costs by sharing a shared flat with some students.

Canada - The institution, which has two campuses near the middle of Toronto, provides the possibility to experience the benefits of an enormous city for its students, while offering a more organized lebensraum. North Campus is north of Downtown Toronto, and LakeshoreCampus is west of Downtown Toronto. Many student activities are held through Humber Student Unions.

The school, which has also developed various activities to supply students with many opportunities within the settlement, has developed a mentor system especially for the primary year students to urge them to become accustomed to the campus life and their environment. With this method, students who have just started school can have many details about the settlement life and therefore the environment by keeping in close contact with their mentors who are older than them.

Within the campuses, there are common areas and cafeterias where students can spend lots of their time. The HumberFood Truck, which has been actively designed by the college in recent years, utilized in various activities and also is a lesson for a few departments, is another initiative that pulls the eye of scholars. Students can even be part of social life by joining student clubs. Equipped fitness centers on both campuses are hospitable students who have adopted a vigorous lifestyle.